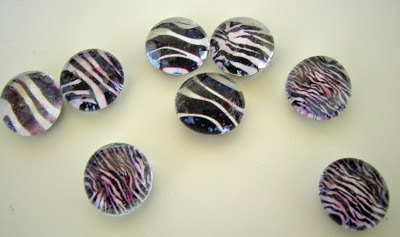 I’ve been eyeing this great idea from Jess at How About Orange Blog for a while now. Such a cute idea!

Since my magazine collection is currently taking over my house… I thought this was a great time to give these cute magnets a try.
Not much to it.. this is all you need:
1) Glass Gems (I got mine at Hobby Lobby.. find them anywhere, Wal-Mart, etc.)
2) Magazine clippings with beautiful prints to your liking. (I chose a zebra theme)
3) Glue (I used this Duco Cement I found at Family Dollar, but I hear Elmers craft gel glue works good)
4) Magnets (I used round ones that already had adhesive on it, just peel and stick) 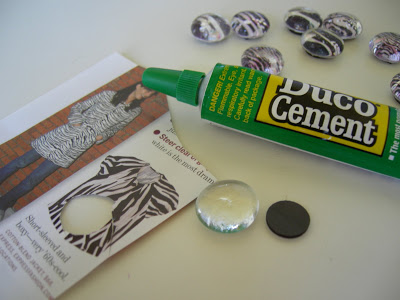 Don’t they look darling on my fridge? Great gift idea! 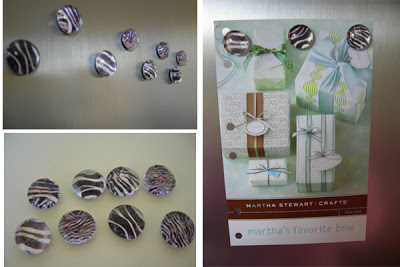 7 thoughts on “Too Many Old Magazines?… Make Magnets”