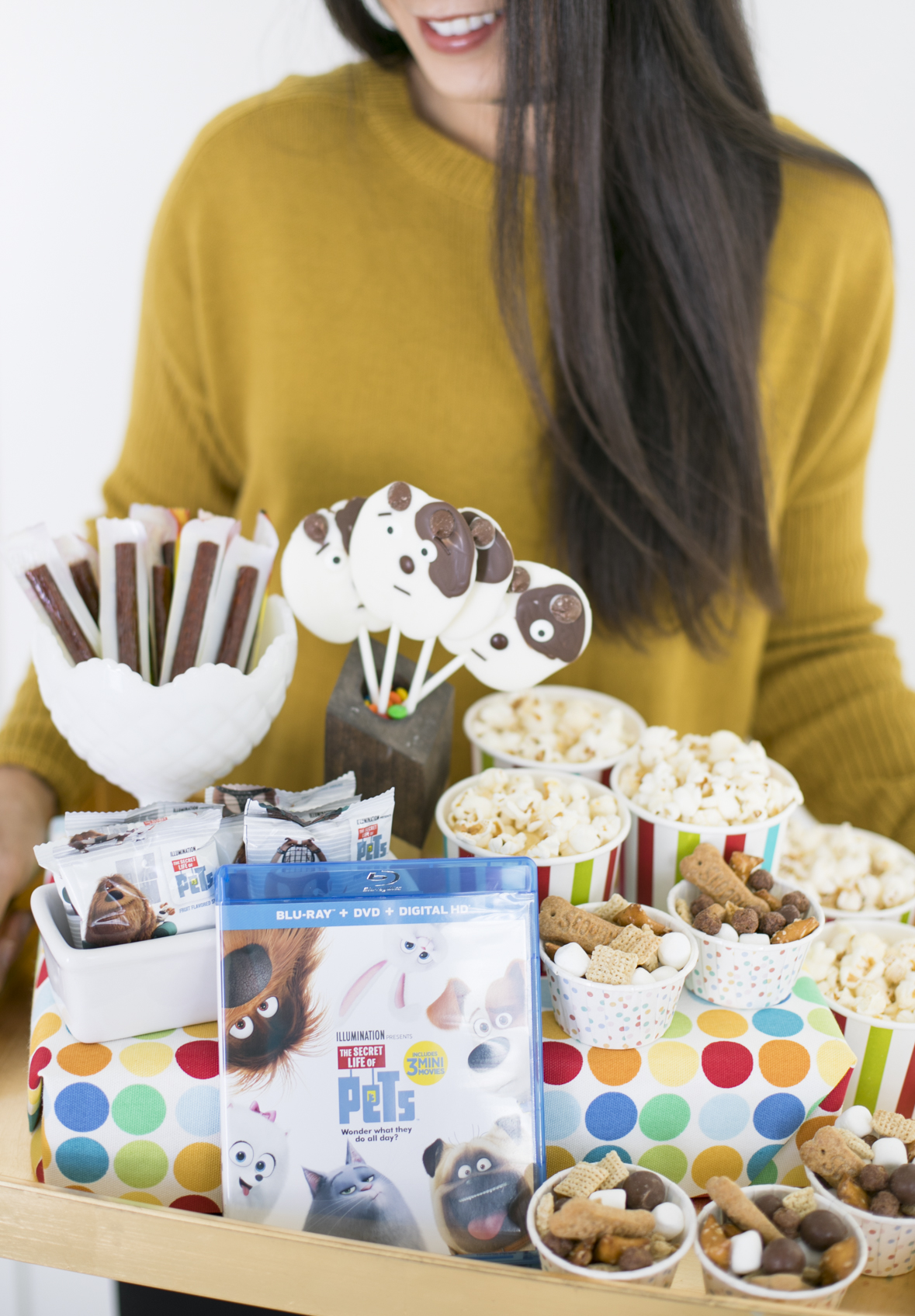 This post is in partnership with Universal Pictures Home Entertainment, all opinions are my own.

A favorite Family Tradition of ours is to have a Family Movie Night every Sunday night that we are available. It is a fun way for our family to be able to spend time together, laugh,  have a fun treat, and a good time!  We each get a turn to rotate what movie we all get to watch, and the kids just love having their own night to pick!  My cute five year old Thomas is so into dogs right now.  He might even spend more time on all fours, than upright these days!  He even has asked Santa Claus for a dog bone for Christmas! So funny!  He was so excited to chose The Secret Life of Pets (Now available on DVD and Blu-Ray!) for our Sunday night movie night choice! 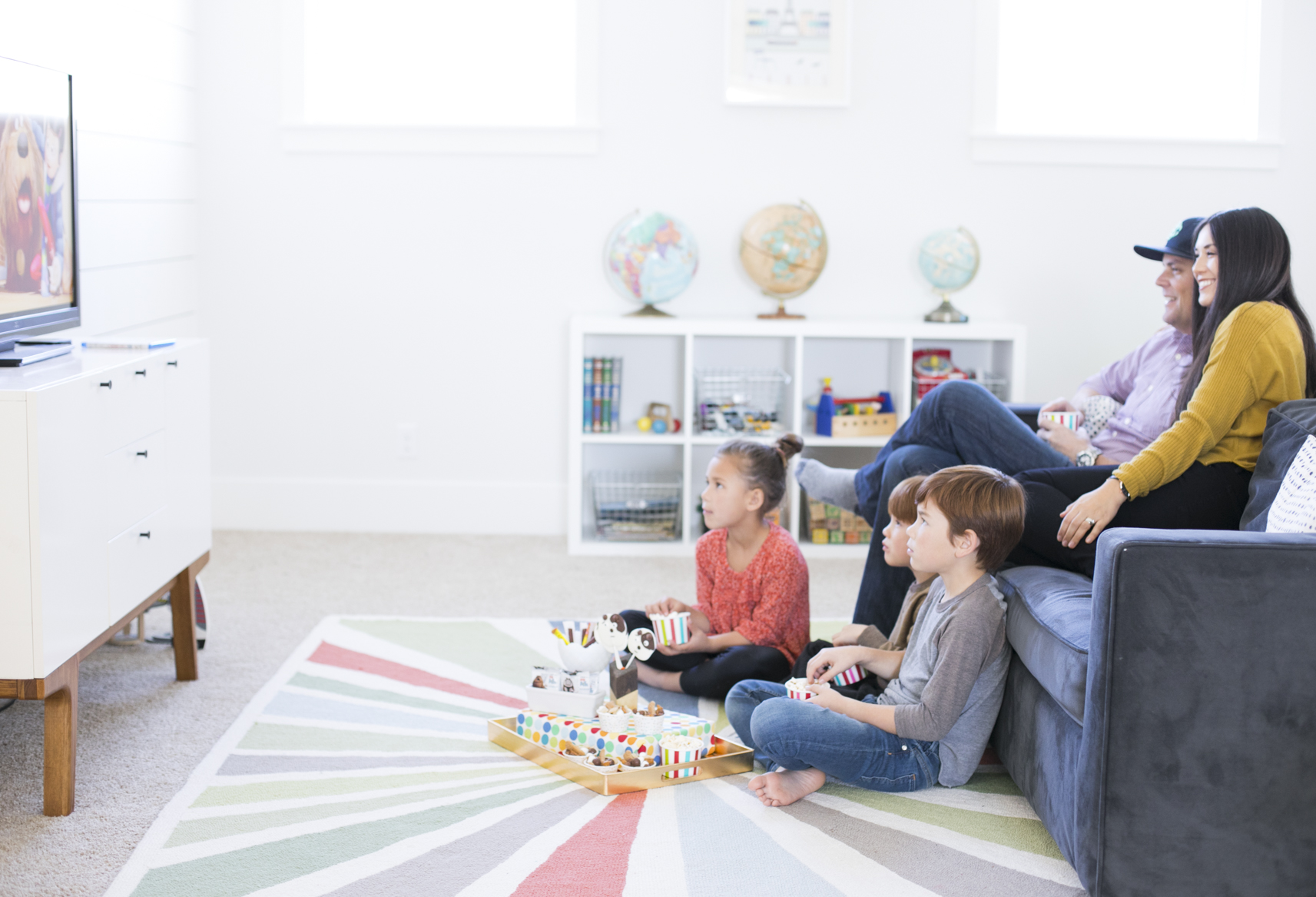 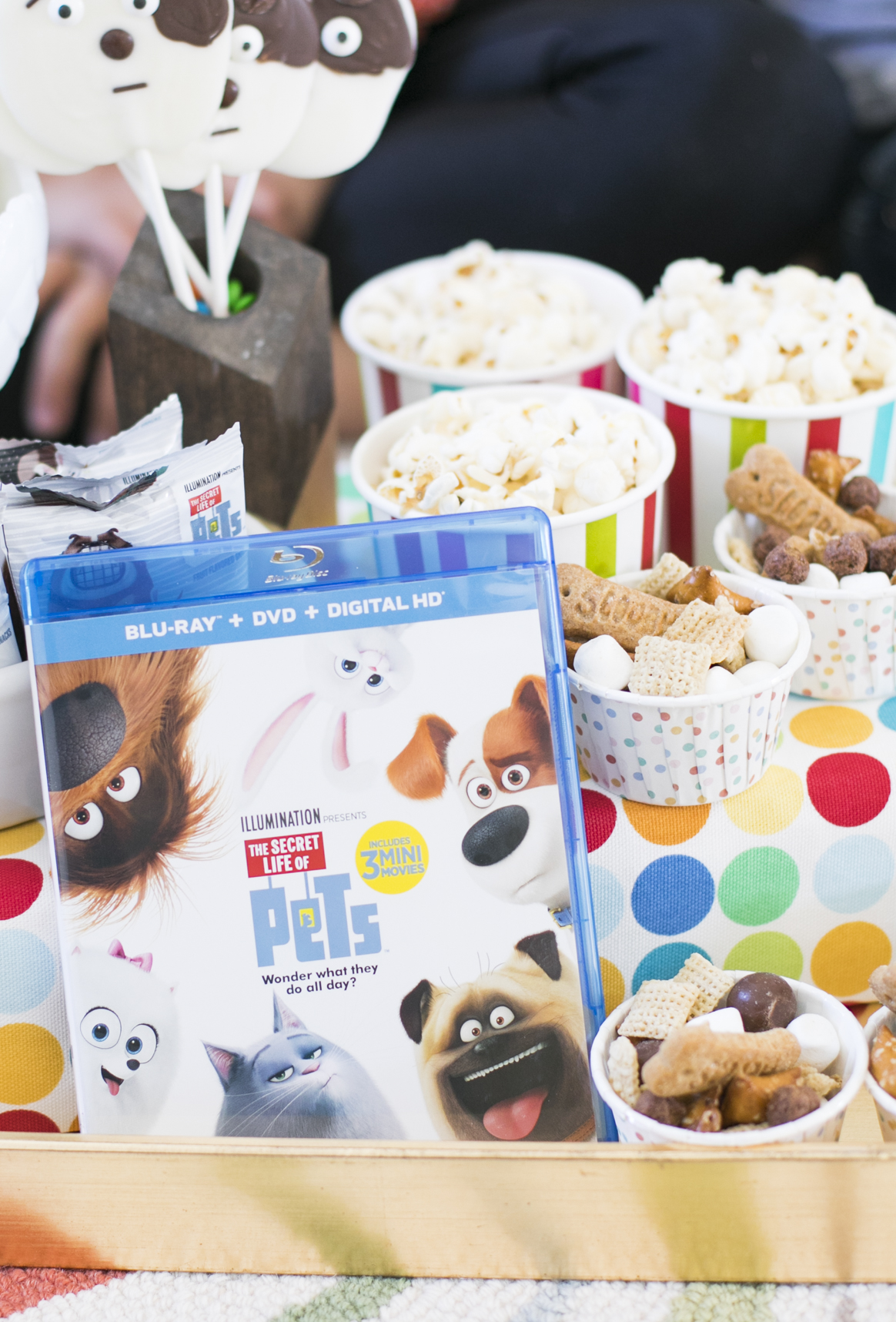 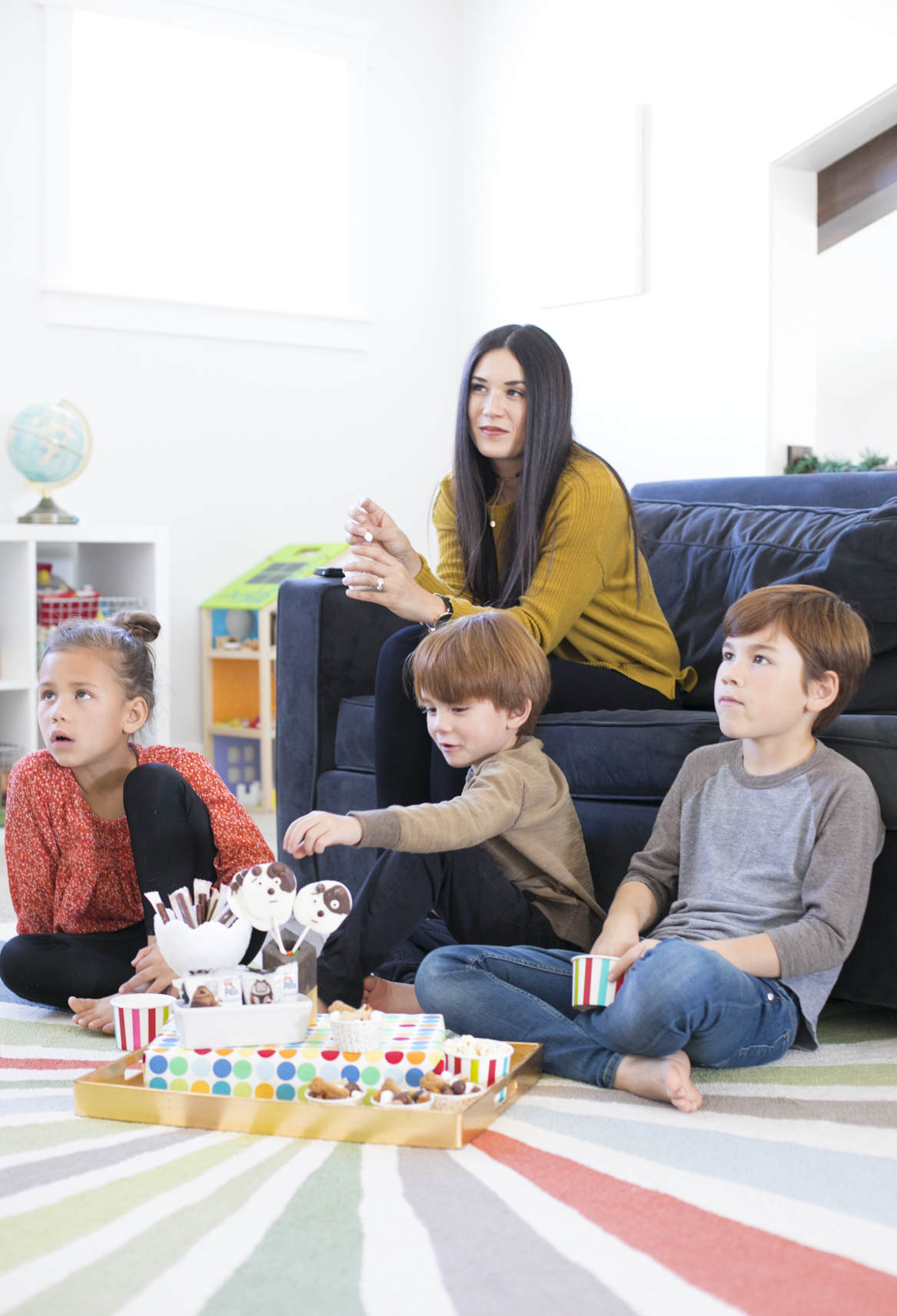 The Secret Life of Pets is a cute comedy about the lives that pets lead when their humans leave for the day.  It’s by the same humans that brought us Despicable Me, which we were huge fans of!  The all-star voice cast includes Louis C.K., Eric Stonestreet, Kevin Hart, Jenny Slate, Ellie Kemper, Lake Bell, Dana Carvey, Hannibal Buress, Bobby Moynihan, Steve Coogan and Albert Brooks. The new DVD and Blu-Ray release also features nearly an hour of bonus content, plus three mini-movies including: Norman Television and Weenie PLUS Mower Minions! 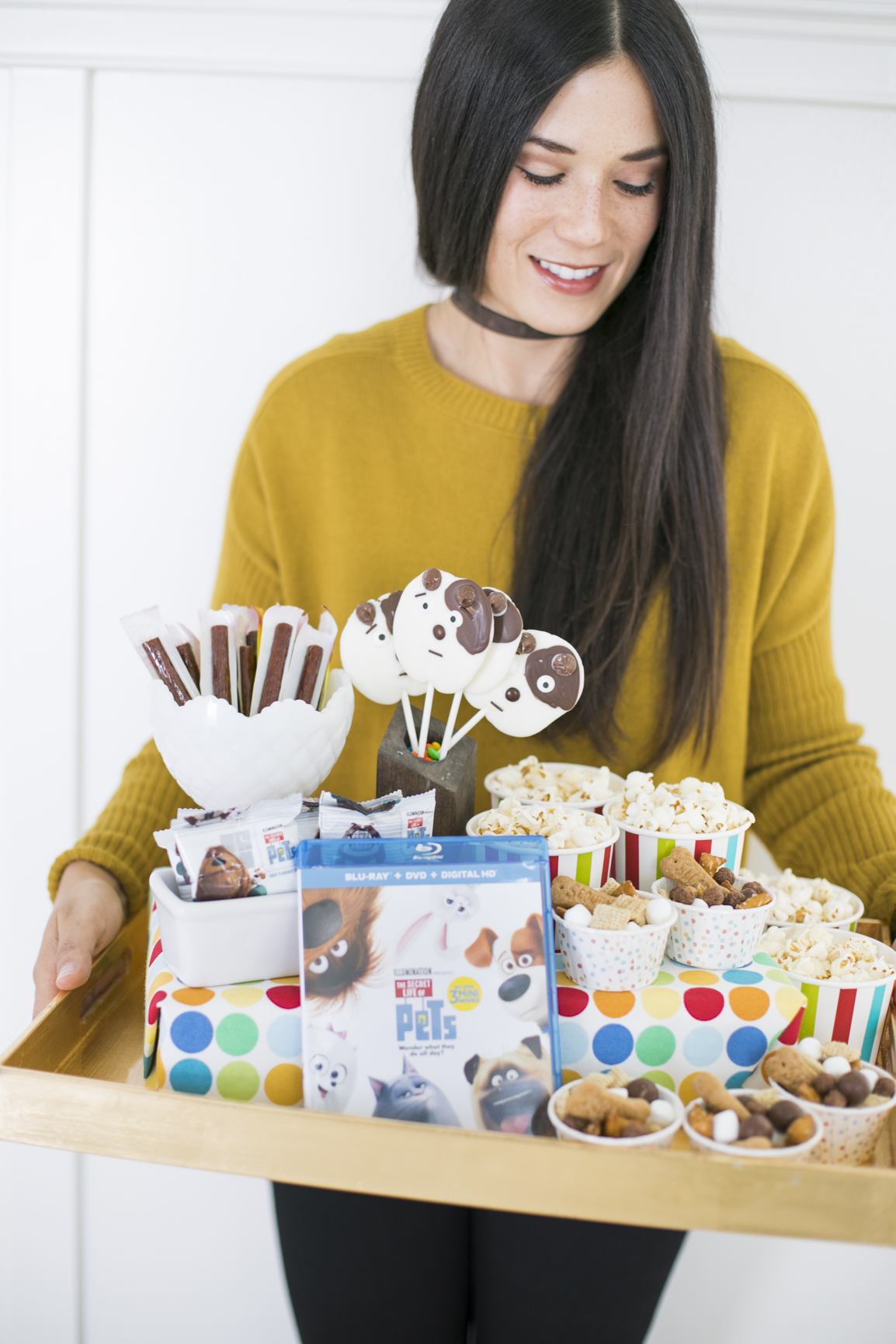 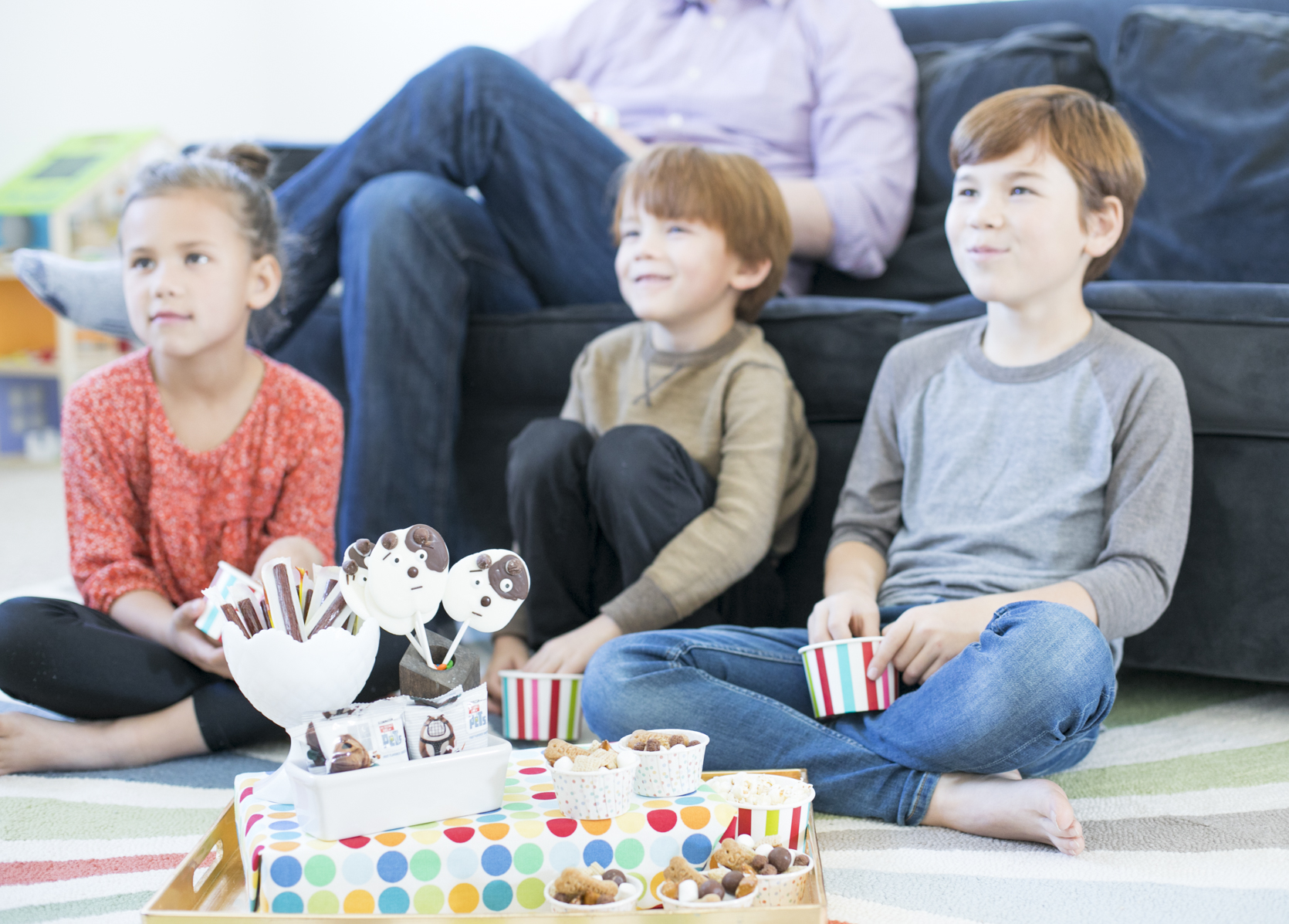 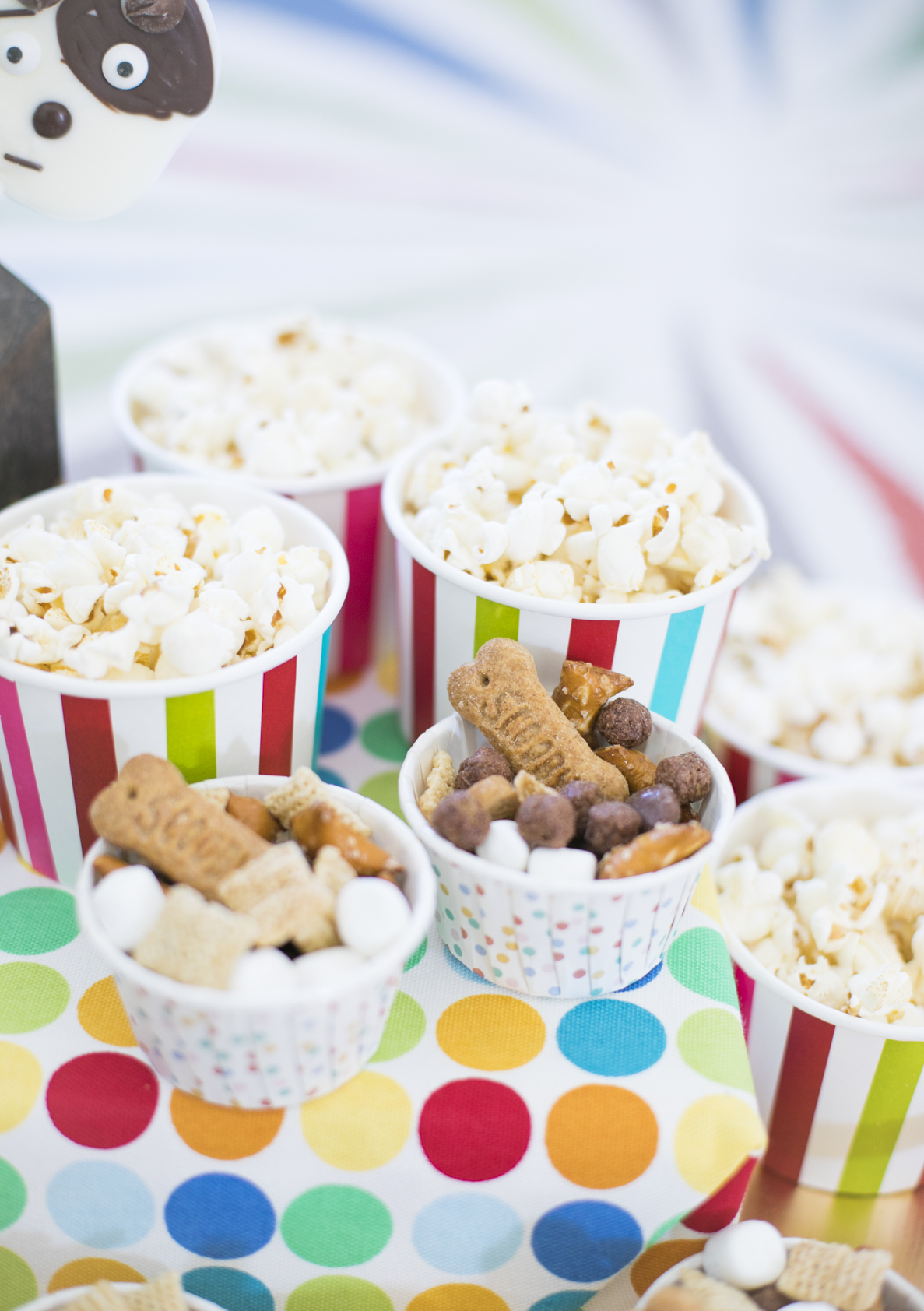 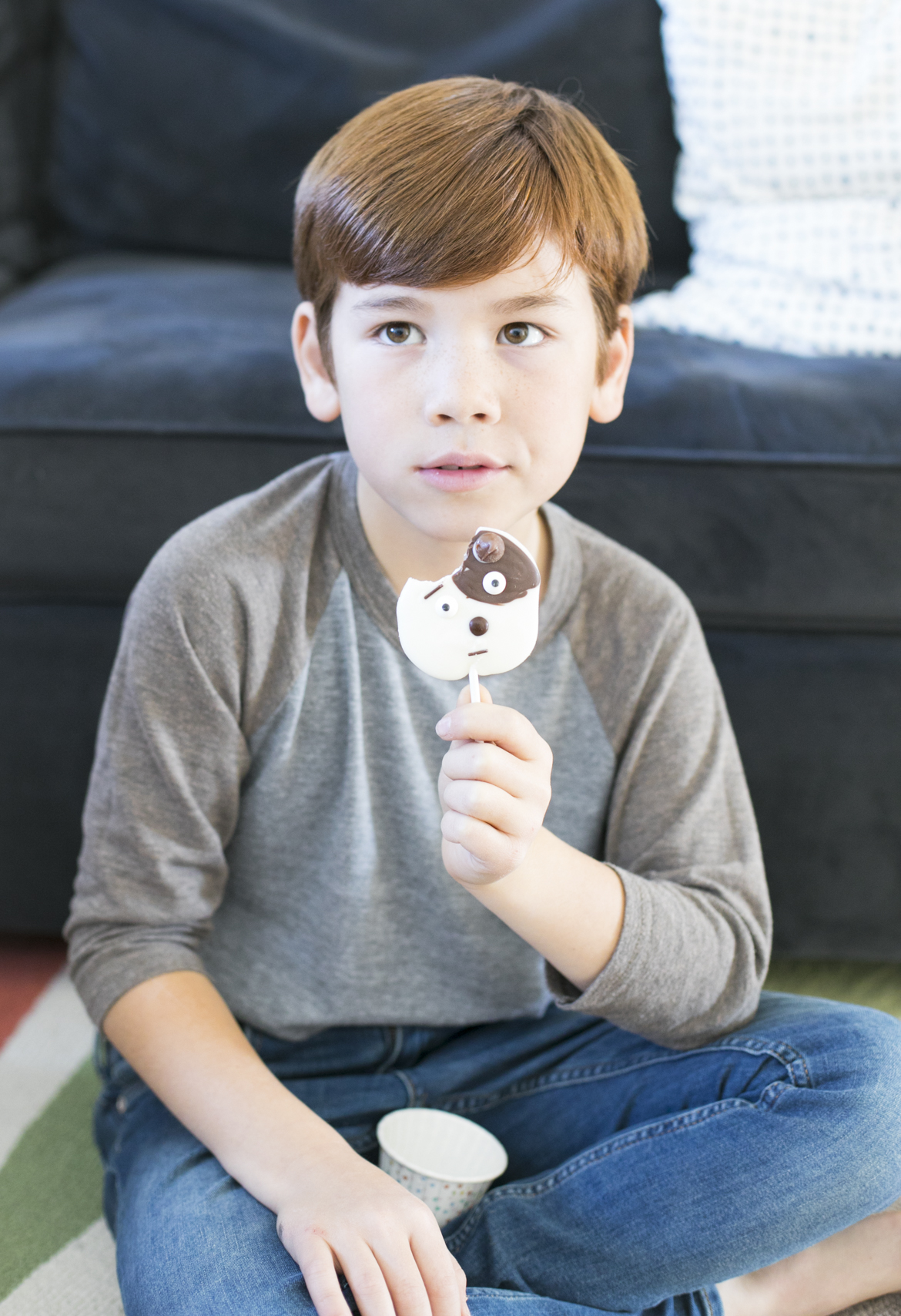 I love to put together fun treats to coordinate with the movie of the night!  I made a movie party tray with some “Pup” corn, “Meat Sticks,” Secret Life of Pets fruit snacks, and some “Puppy Chow” with assorted snacks including graham cracker bones.  I also decided to create some fun “Puppy Pops” inspired by the main character Max the dog!

Be sure to Read More for the Full Puppy Pop Tutorial! 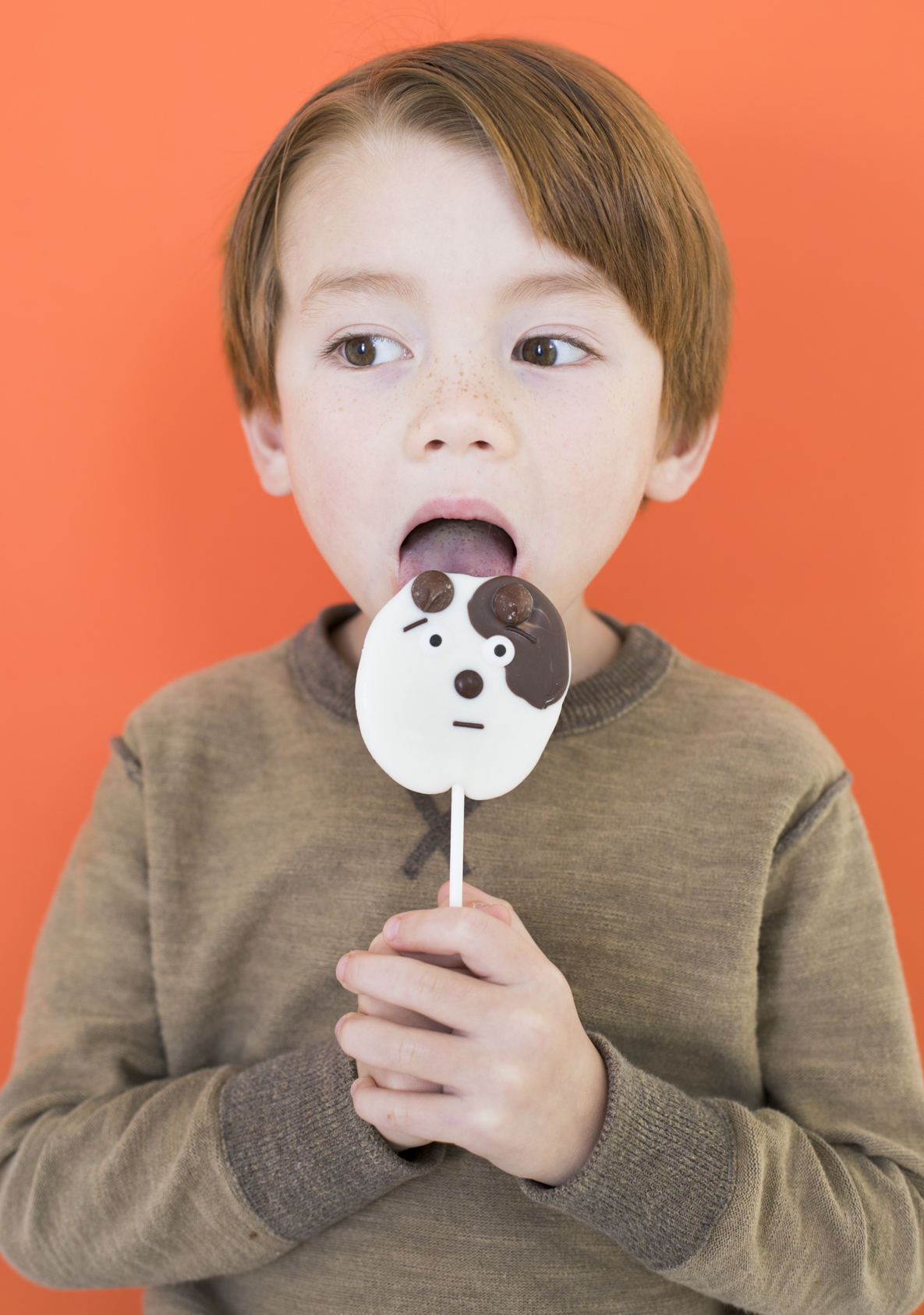 The Puppy Pops were pretty simple to make, and they turned out so cute!  I wanted to share the easy DIY Max Puppy Pops Recipe with you to enjoy during your fun Family Movie Night! 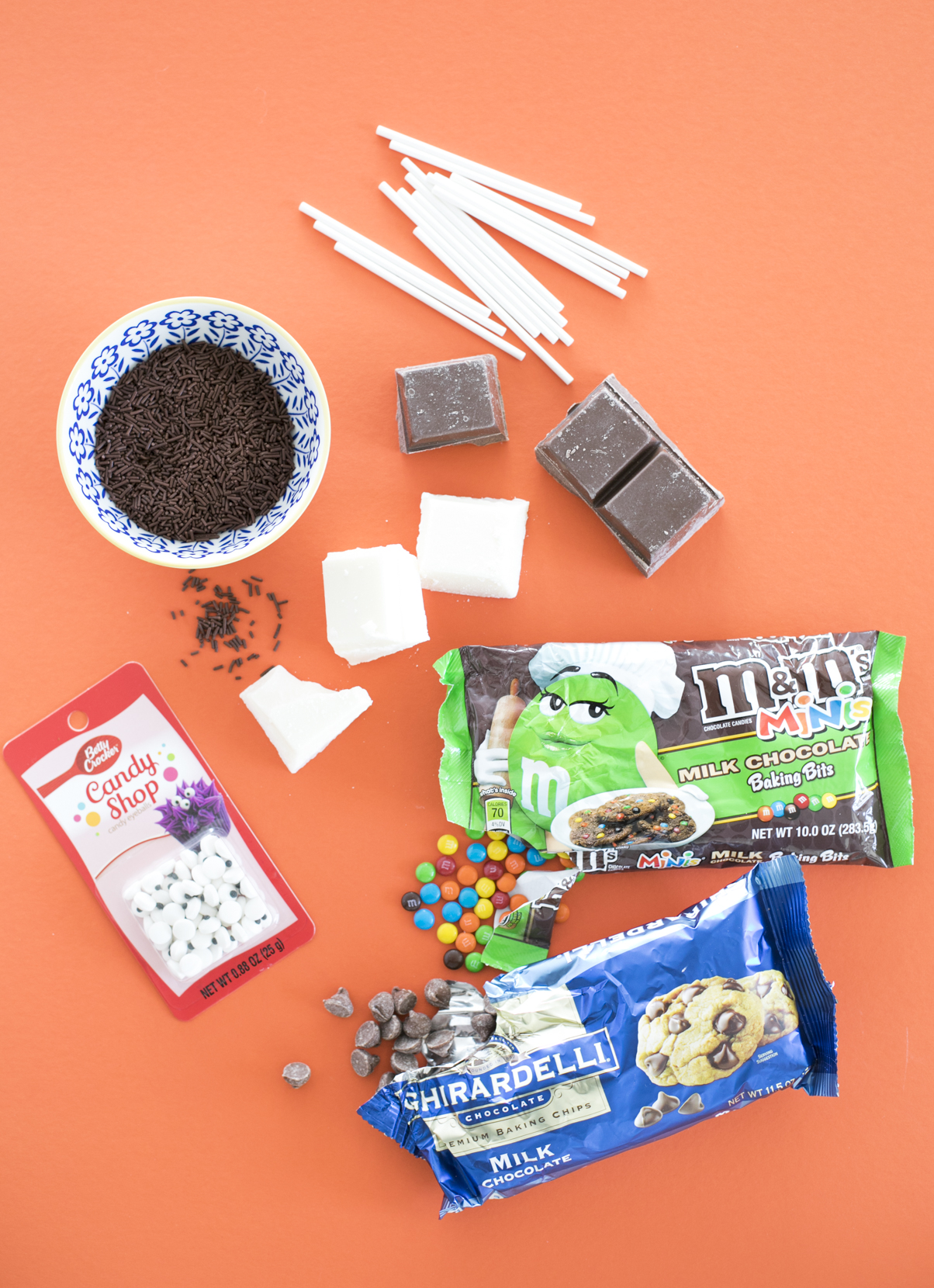 Step One
Place a sucker stick on a piece of parchment paper.

Step Two
Melt three squares of the White coating chocolate in a microwave safe bowl.  Place in the microwave for 60 seconds, then remove from the microwave and stir with a spoon.  If all of the Chocolate bark isn’t melted, then place back into the microwave for 30 seconds at a time until melted. Be careful not to scorch the chocolate by cooking too long.  Take a few spoonfuls of the melted white chocolate coating, and pour it onto the sucker stick to form a circle.

Step Three
Melt two squares of the Chocolate Bark in the microwave. (Same method as the white chocolate bark in step two)  Place a little spot on the top right corner of the melted white chocolate for Max’s puppy “spot” over his eye.

Step Five
Place the chocolate sprinkles for the mouth, and eyebrows.

Step Six
Place the chocolate chips for the “Puppy Ears.”
Allow the chocolate to harden and set up before removing from the parchment paper.

*You can make more than one pup at a time, just be sure to move quickly since the chocolate will harden fast, and the eyes, nose, ears, mouth, and eyebrows need to be placed onto the melted chocolate in order to stick and stay on!  If you find some of it has hardened before you have placed it, then you can use some of the melted chocolate to help it stick to the puppy face!

I hope you enjoy the Max Puppy Pops while watching The Secret Life of Pets with your family! 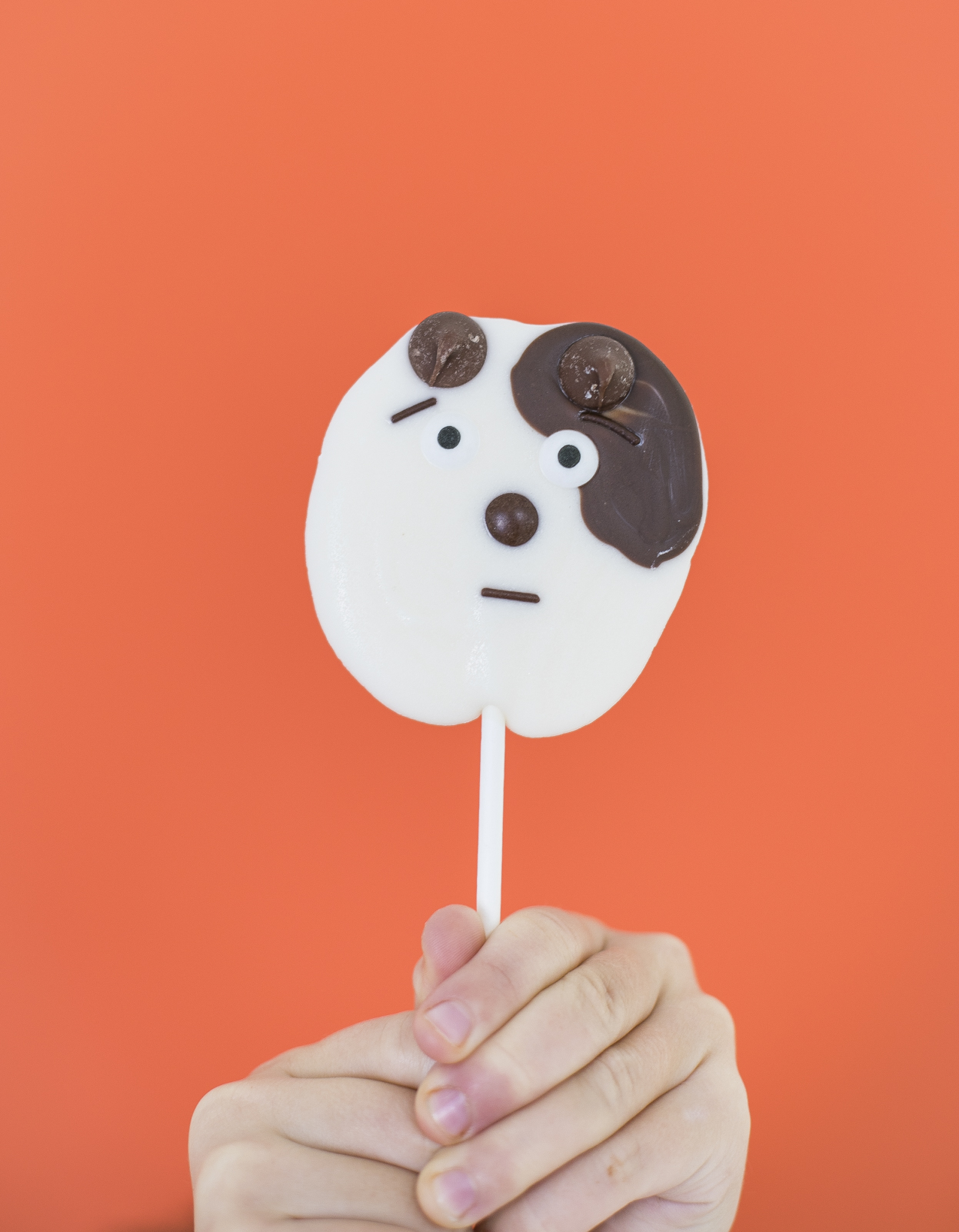 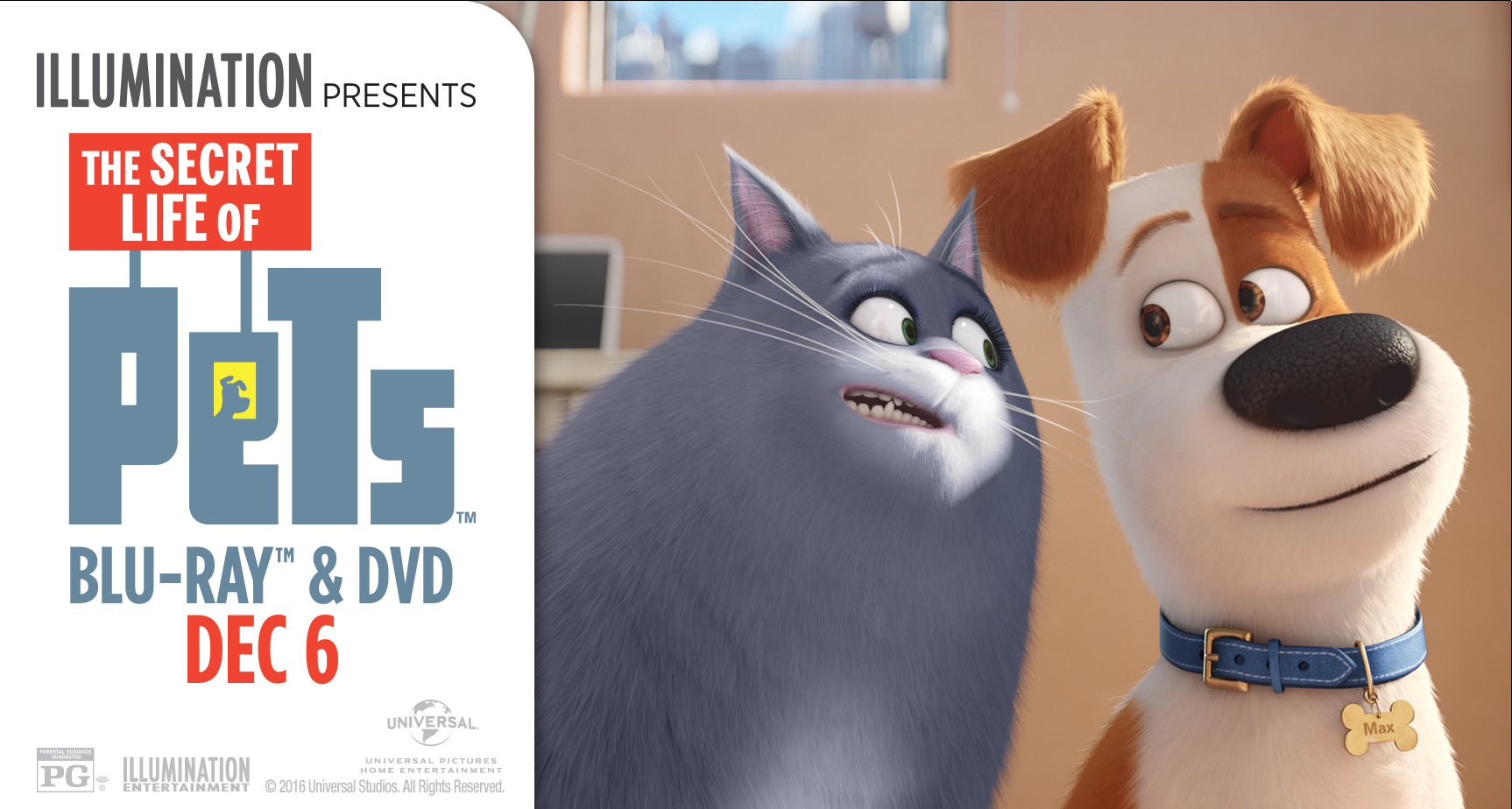 Don’t you think it looks like Max?  My kids loved them, and were so excited to eat them while watching the show! 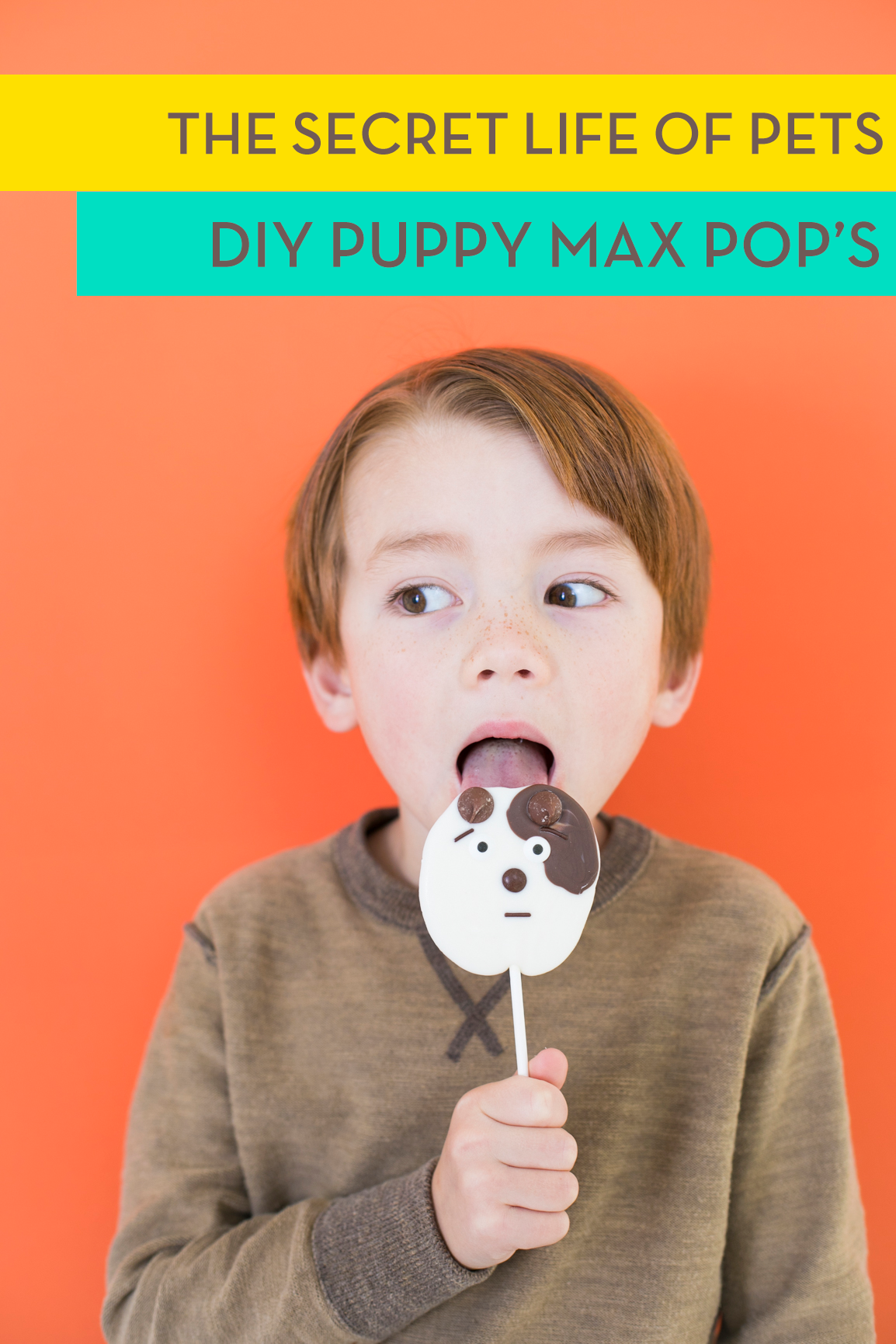 Be sure to check out the trailer for The Secret Life of Pets below for your next Family Movie Night!

This post was sponsored by Universal Pictures Home Entertainment, all opinions and ideas are my own.