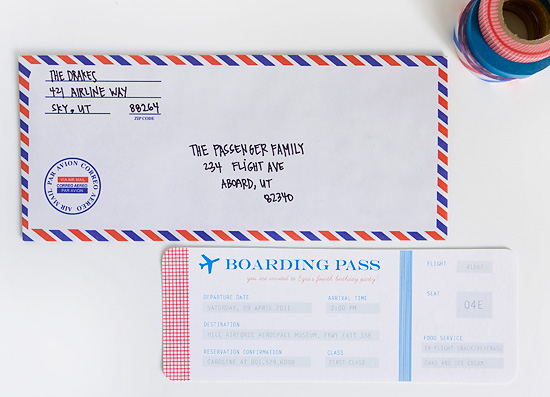 back in april, we threw my little ezra an airplane party for his fourth birthday.

before you think i’m nuts for throwing a party when my newborn wasn’t even quite two weeks old, i actually had this party in mind for a year now. so i had slowly been buying things and making things for the party for a while.  that really made it nice to put it all together the day of the party.  ezra had been asking me when his party was for the last six months, so i knew i had to pull through despite just having thomas.  and, it was a success!  the little man had a blast! 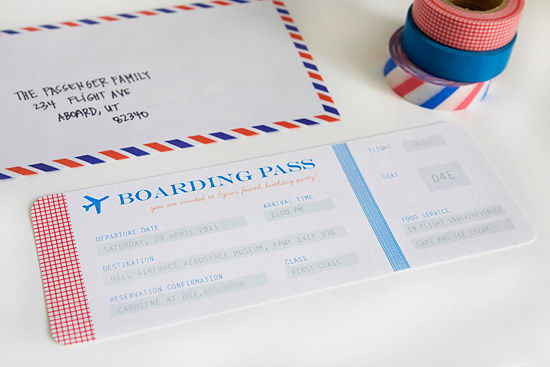 i make these “boarding passes” in photoshop after these cute invitations i saw over at hip hip hooray, via little frills.  i also ordered some airmail envelopes from amazon to put the invites in, i thought it was a cute way to incorporate the airplane theme. 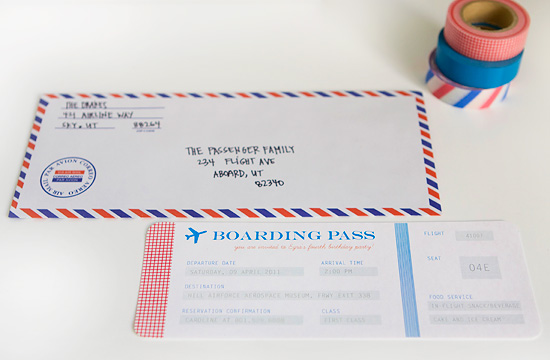 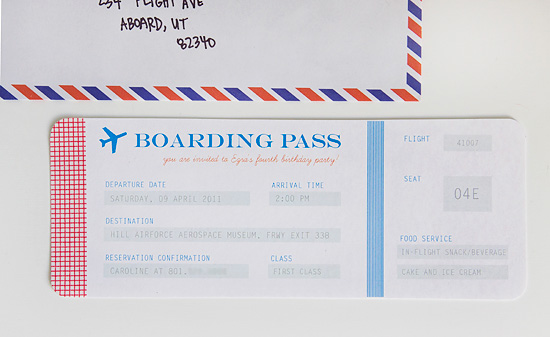 it was fun to put the party details on the boarding pass invites, including the departure date of the party, arrival time, destination, food service, etc.

i’ll be sharing more from the party soon, so stay tuned.

{all photos by me}