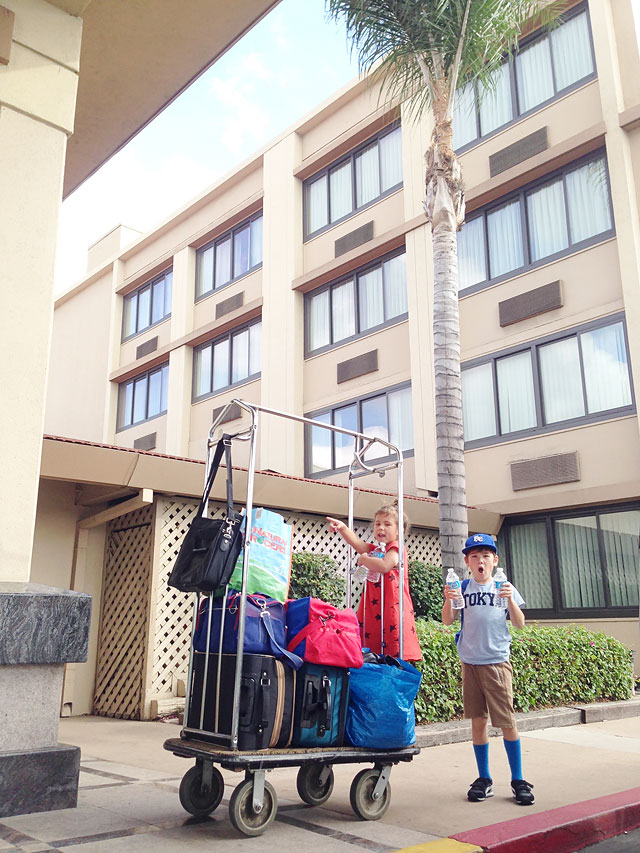 Disclosure: As is traditional with travel blogging, my family was hosted, all thoughts and opinions are my own.

We recently return from an amazing week in Southern California, and had the best time!  I’m excited to share with you our adventures in hopes that it will inspire you to travel with your family and make some special lasting family memories!  I know some of our most magical memories are made while on vacation as a family.
We wanted to spend some time in Southern California, but were interested to see what kind of adventures and fun we could have without having to do Disneyland.  We love Disneyland, and have been there before, but it seems like everyone assumes that if you go to California, you are heading to Disney.  I wanted to experience some other adventures that California has to offer, and quickly discovered there are many!
We spent our first few days in California in Buena Park.  Home to Medieval Times, Knotts Berry Farms, Pirate’s Dinner Adventure, the California Welcome Center (be sure to head there to purchase discounted tickets all in one place), and more!
We checked into the Holiday Inn Buena Park which was the perfect location, just down the street from all the activities we had planned.  With convenient freeway access, and minutes from Knotts Berry Farm, Medieval Times, Pirate’s Dinner Adventure, and Disneyland.  It is a great option for a family friendly place to stay.  The pool is large and nice, and the rooms and hotel were very clean!  Kids eat free at their restaurant with a paying adult, which saved us a lot of money on food!  This is the perfect hotel for spending a day out at an amusement park or exploring, then coming back to a nice clean room for the night.
Things to know about the Holiday Inn Buena Park: 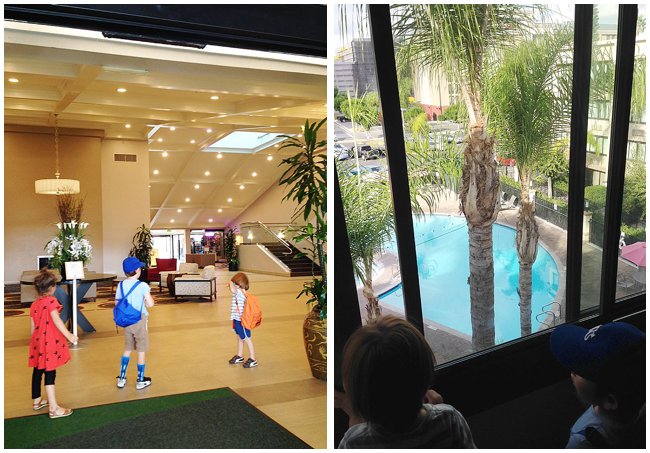 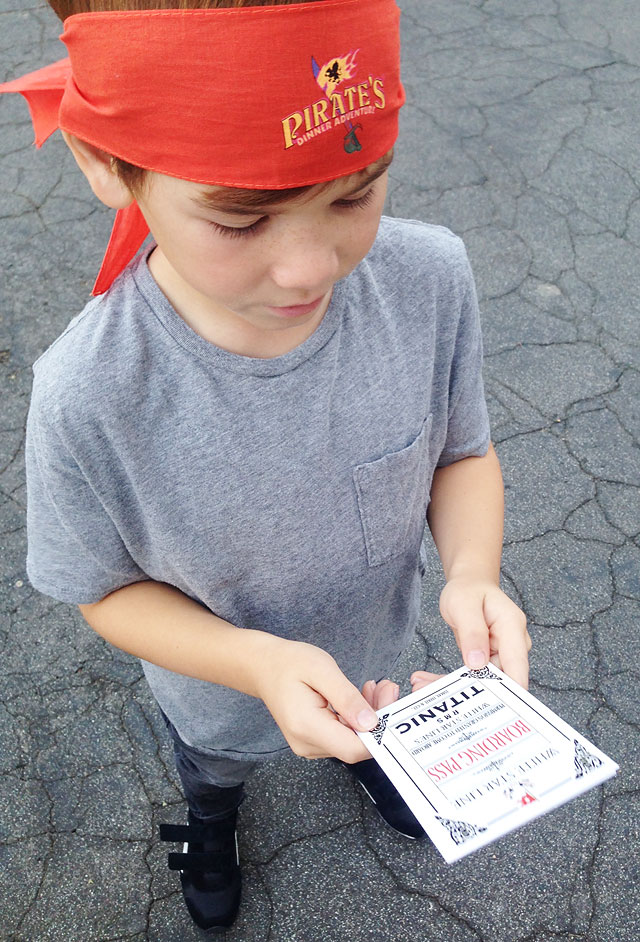 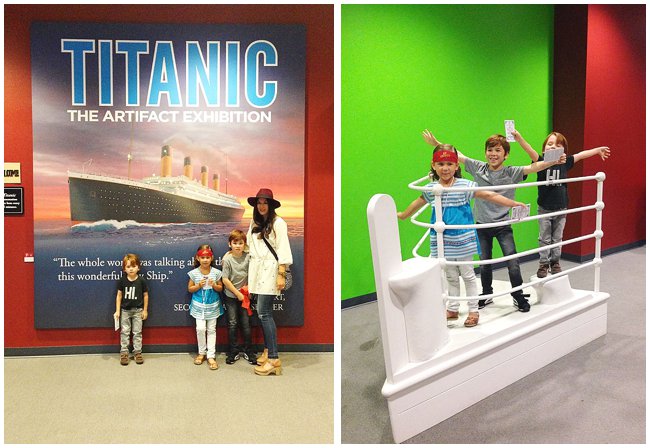 After settling in our room, we headed off to Titanic the Artifact Exhibition.  We were not allowed  to bring cameras on our tour, but the kids really enjoyed it!  We went back in time aboard the Titanic and got to see what life was like on the ship before the tragic day it sank.  My kids learned all about the great ship and the history.  There was a very impressive tour guide that wore clothes from the time period and gave us all the details.  She paid special attention to my children pointing out artifacts, and telling stories.  My kids loved it!  They were very sad upon hearing the news that the Titanic sank, and used their boarding pass to see if their name survived.
Unfortunately we found out that the exhibit will close permanently on January 2, 2016.  So, if you get a chance, try to go before the new year when it closes.  We did find out that it will be replaced by a butterfly pavilion, which we are excited to check out when it opens!
Titanic: The Artifact Exhibition
711 Beach Blvd Buena Park, CA
Phone: 657-529-7224
Closes Jan 2, 2016
Discount Coupon can be found at VisitBuenaPark.com 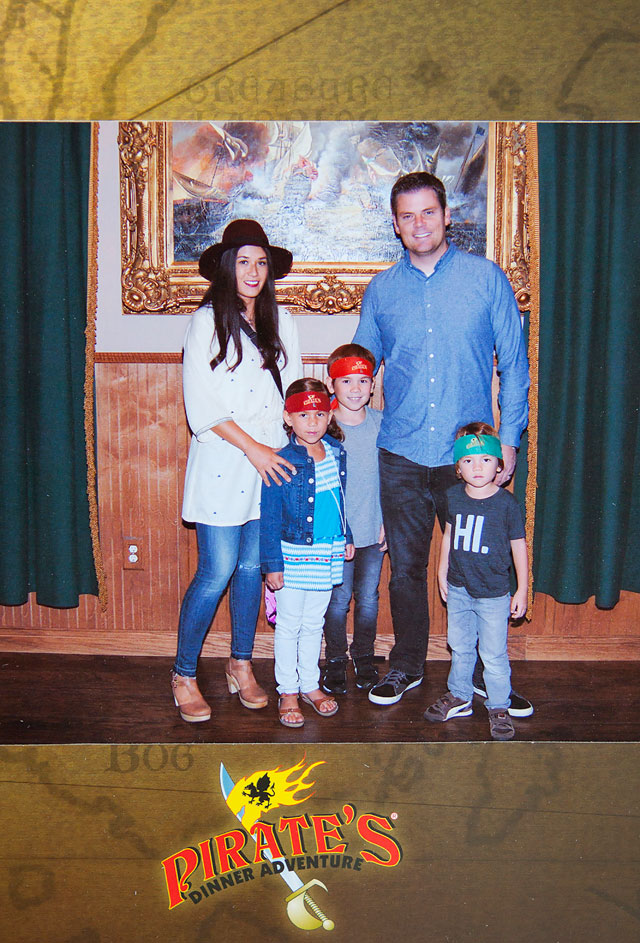 Next, we headed to the Pirate’s Dinner Adventure.  It is an interactive Pirate Adventure show that includes a four-course dinner.  The pirates are very interactive, and they seat you in a certain color section.  We cheered on the blue pirate all during the show, and he made sure to give my kids a lot of attention, which they loved!
They waived their cups, and cheered on the blue pirate, and yelled, and hollered for the blue team!  My boys even got called up on stage to be honorary Pirates and thought it was hilarious and fun!  My kids thought it was the best show they have ever been to, and can’t stop talking about it!  I for one had so much fun watching the show, but even more fun watching my children watch the show, and see their delighted expressions on their faces.
Things to know about the Pirate’s Dinner Adventure: 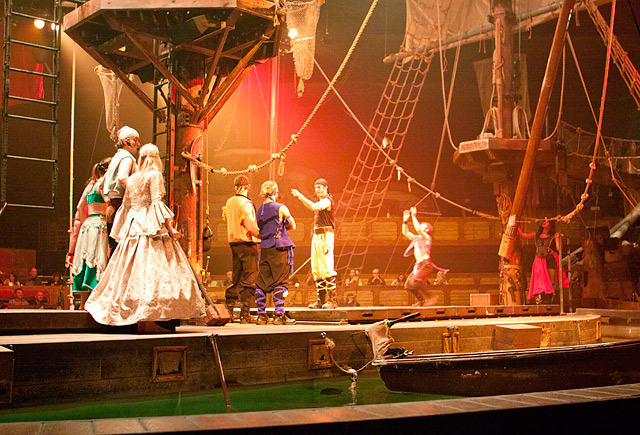 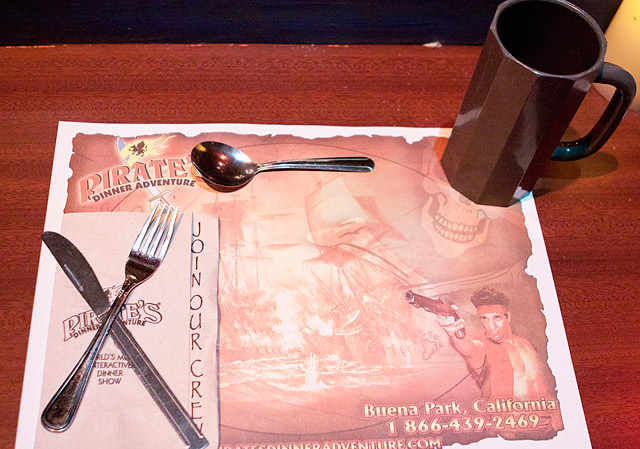 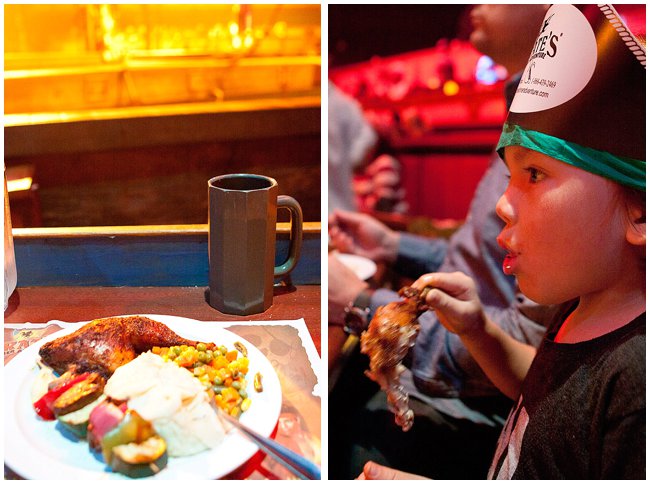 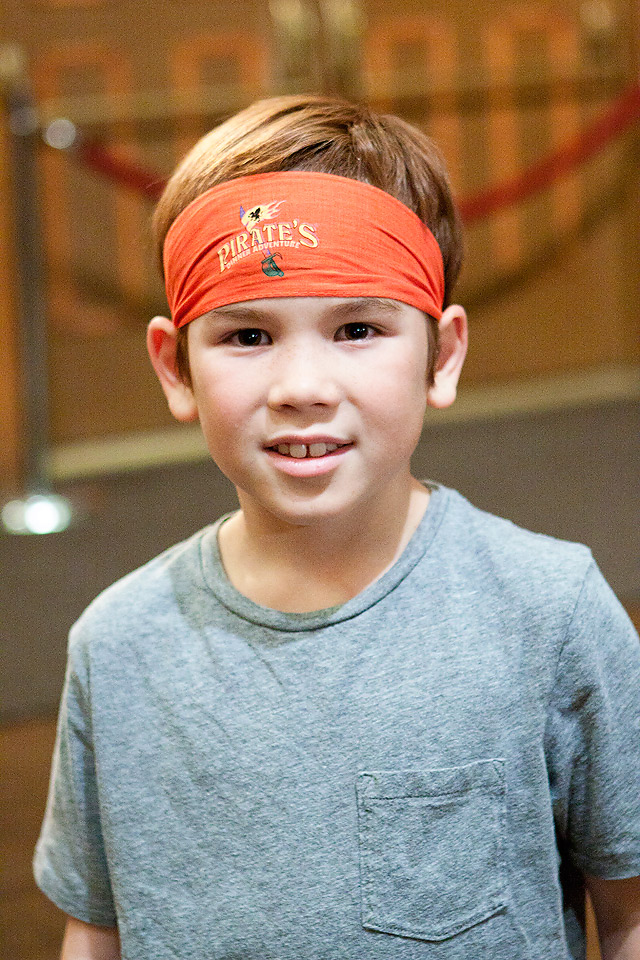 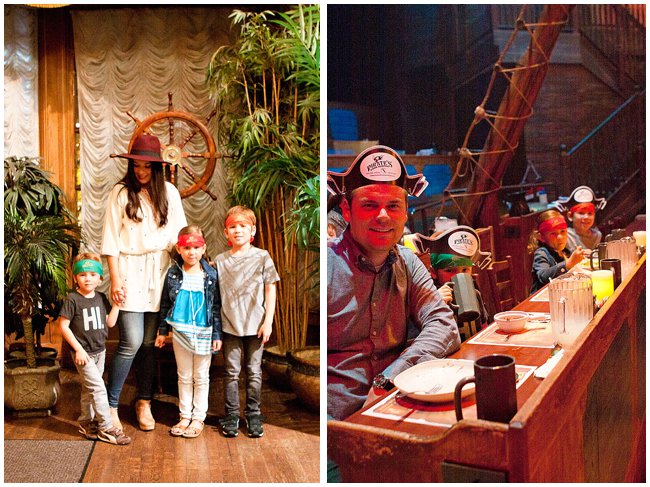 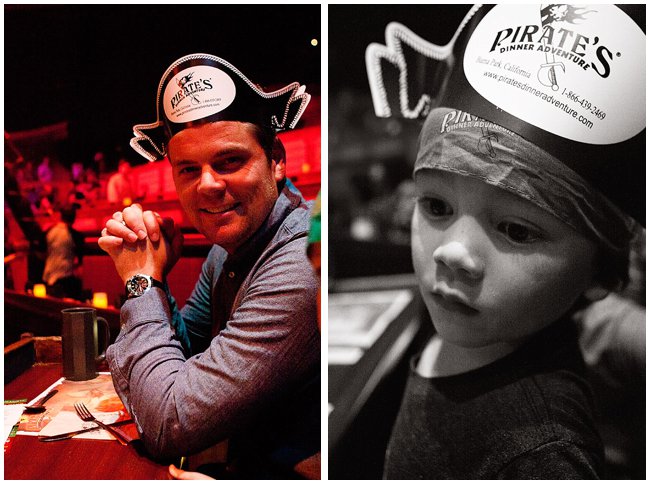 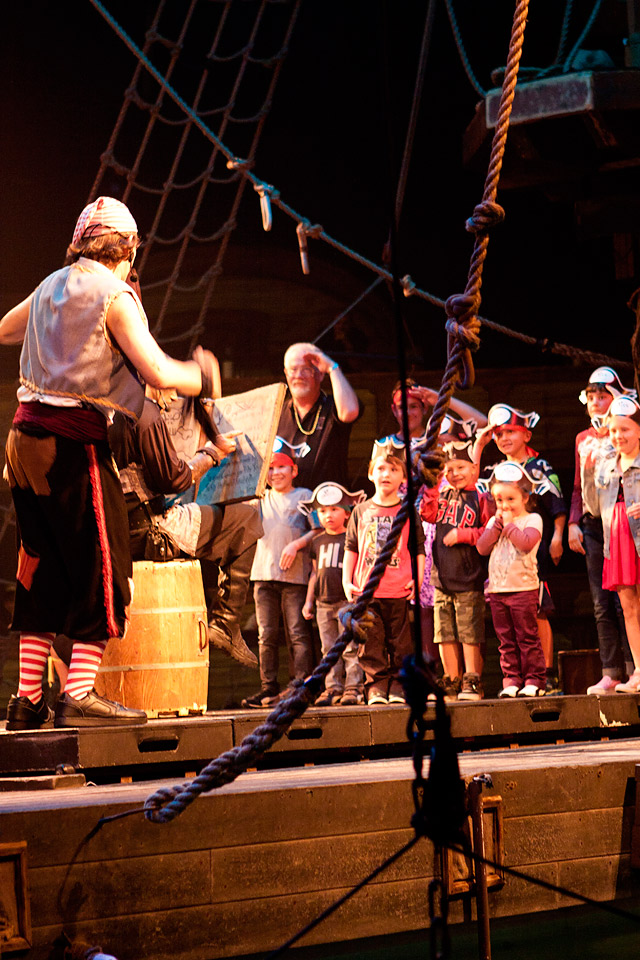 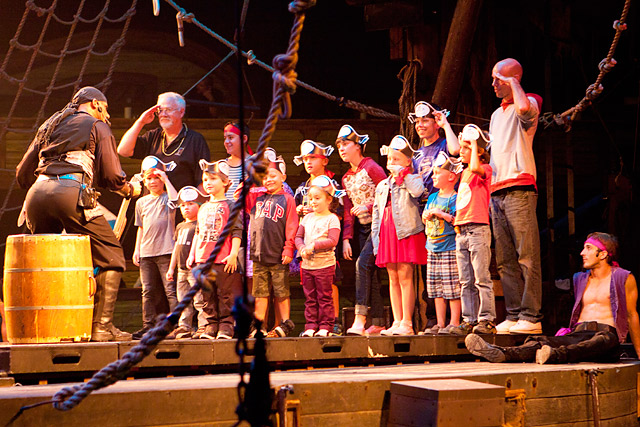 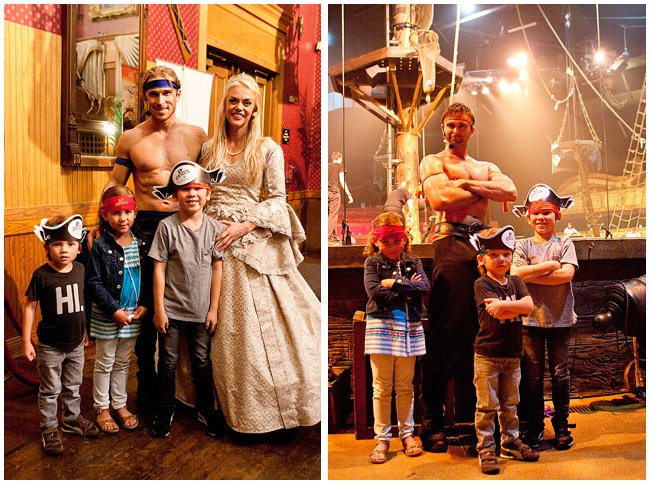 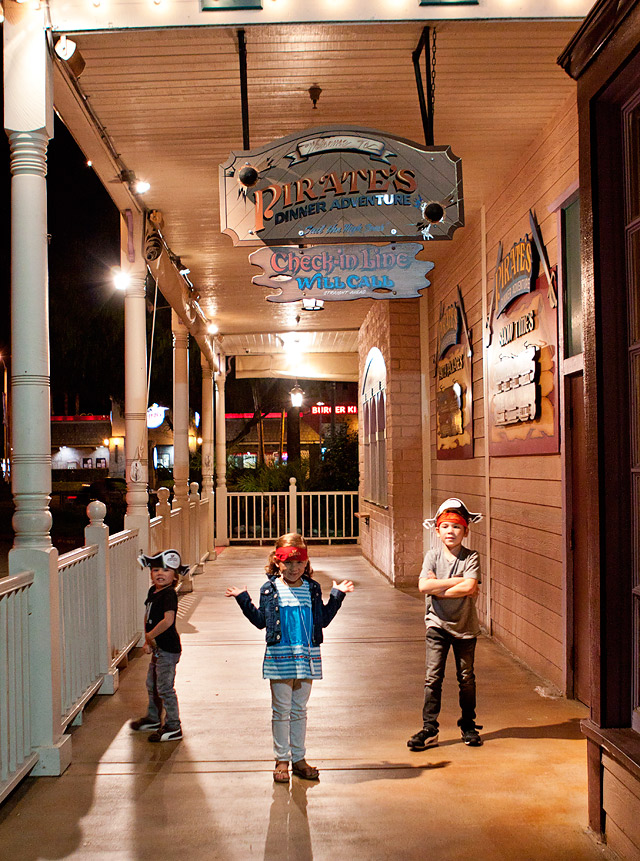 I would highly recommend the Pirate’s Dinner Adventure if you find yourself in Southern California!
My kids gave it huge two thumbs up, and it was great family fun! 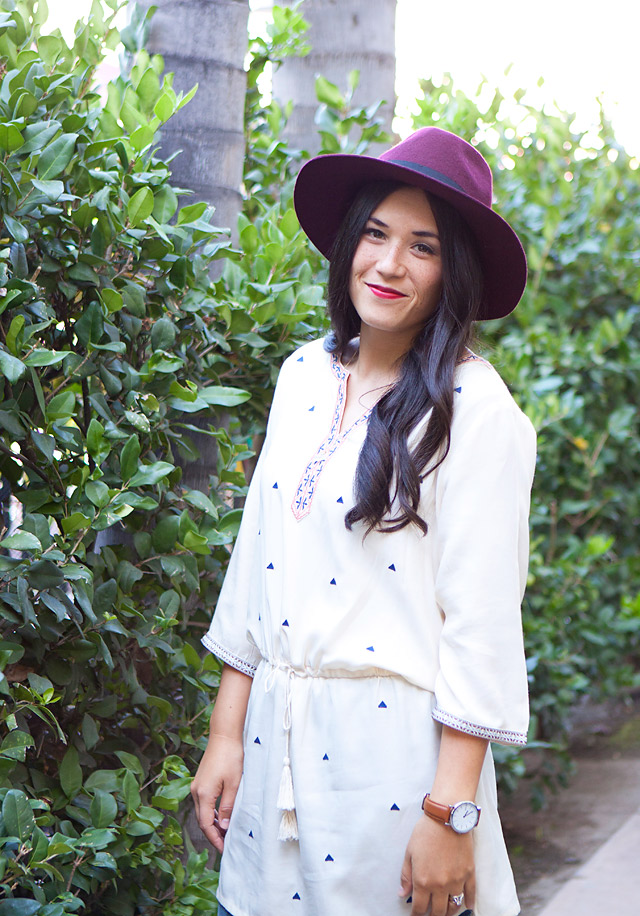 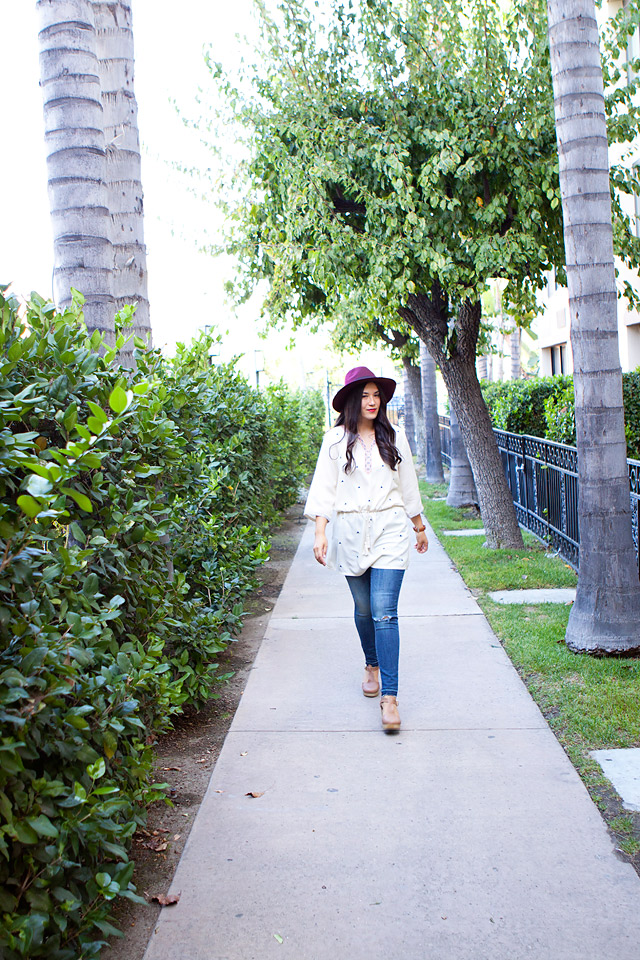 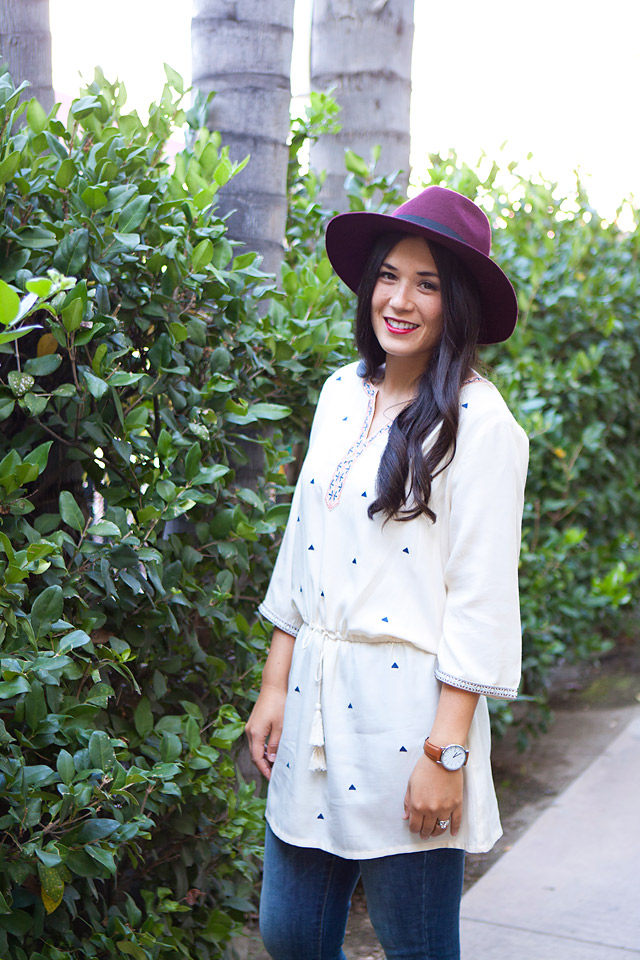 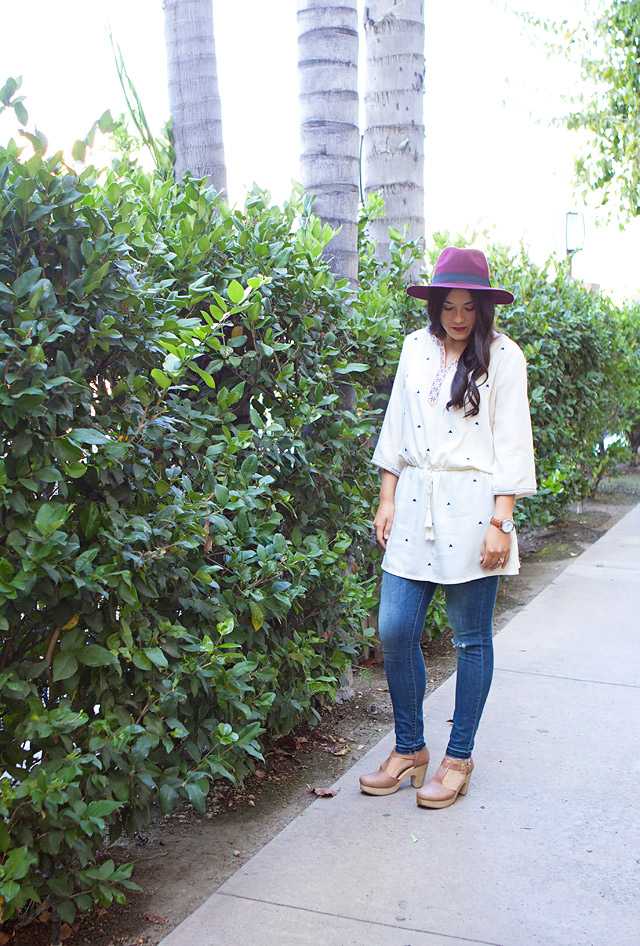 The evening of the Pirate’s Adventure Dinner,  I wore my best flowy embroidered top to make sure I fit in with the Pirates, wink.  It was a fun ensemble for a dinner with Pirates!
Here’s my Outfit Details:
Maroon Hat- Tai Pan Trading
Embroidered Top- Tai Pan Trading
Jeans- Old Navy High Waisted Rockstar Jeans
Shoes-  T Strap Clogs Old Navy (similar)
Watch- Arvo Watches
For our recap on more activities we did in Buena Park check out our posts:
Knotts Berry Farm
Medieval Times
For other ideas, and things to do in Buena Park California, be sure to check out www.VisitBuenaPark.com for more ideas and resources.
Share This
labeled : Fashion - Kid Activities - Travel | LEAVE A COMMENT